The desire to figh 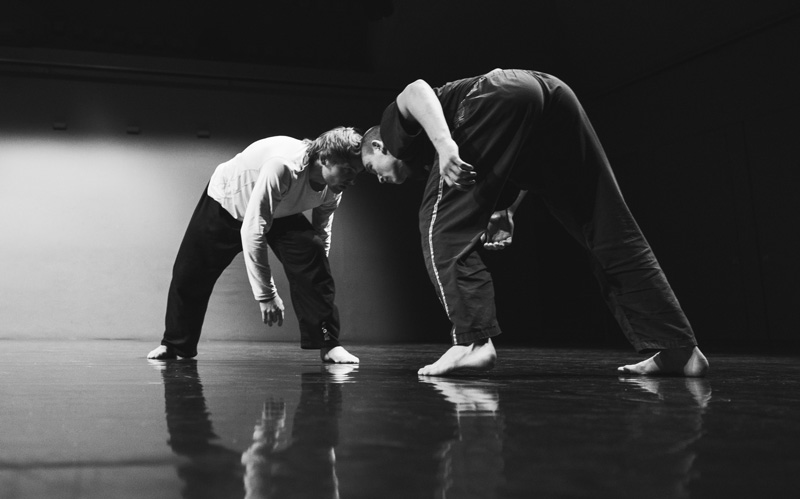 Martial arts is like playing chess with the body

He who fights is a warrior. Or an artist? And where is the border to dance? Israeli choreographer Yotam Peled explores the similarities between combat and dance practices. A conversation about (violent) fantasies, tenderness, pain and vulnerability.

Two well-trained young men in sweat pants and T-shirts enter the Tanzhaus Zurich stage fighting. Even though they are not really fighting, they move together in the same rhythm, pretending to fight. It’s a production. It is martial arts. The rhythm changes, their grips become firmer, one of them goes down. He gathers his strength, stands up again, the wrestling continues. At the height of the fight, both of them pause. It gets quiet. Their hands rest on each other’s shoulders and necks. Isn’t this tenderness? Is this still fighting? Isn’t it dance?

Israeli choreographer Yotam Peled offers an insight into his artistic work. For ten days, he explored the similarities between fighting and dance practices together with two professional fighters. The result is a half-hour performance entitled “Where the boys are.” Although it will not be shown again in this exact form, it will continue to evolve and will be performed again during the Explore Dance festival in March 2023 at the Fabrik Potsdam International Center for Dance and Movement Art.

“Where the boys are” is a brief showdown. Each wants to defeat the other. As a result of the constant collisions, their bodies eventually give way, collapse, creating space for vulnerability and other forms of touch. The fight turns into a game – as between wild young animals or just: two boys. It’s about more than fighting, dancing, playing. With “Where the boys are,” Yotam Peled touches on a number of topics surrounding masculinity – many of them taboo. It is about unfulfilled (violent) fantasies, tenderness, pain, and vulnerability.

Yotam Peled himself has a background in martial arts: As a teenager he practiced capoeira for several years before taking up dancing at the age of 21 upon completing three years of military service in Israel. The professional martial artists he works with in Zurich are members of a kung fu school and have a background in combat sports, boxing, and wrestling. 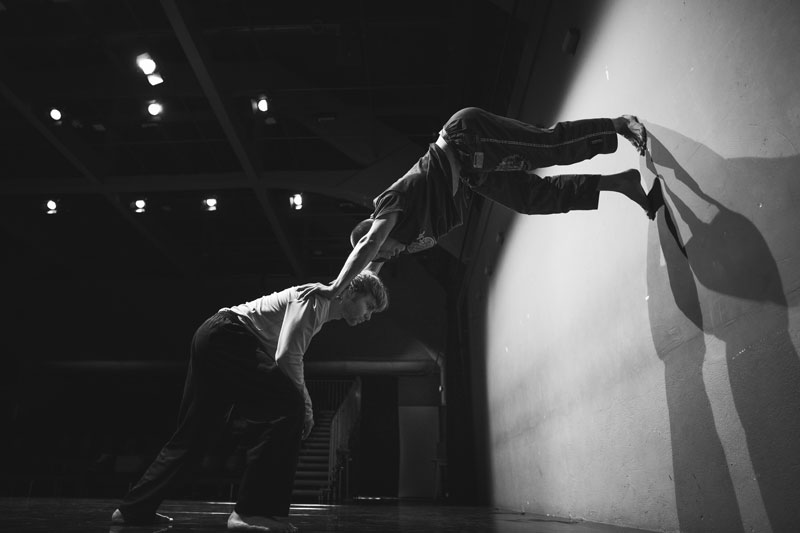 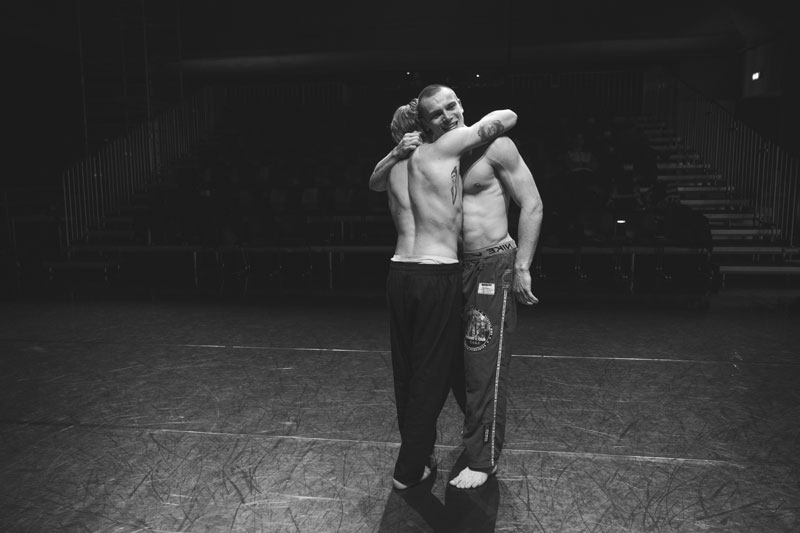 Martial arts and combat sports are often used synonymously. Both terms stand for fighting and self-defense techniques – with the art element usually being associated with cunning and trickery, clever moves, and a kind of chess game of the bodies. Sport, on the other hand, implies the opposite: the following of rules and measuring of a performance. Martial arts such as kung fu or capoeira are traditionally focused on defeating an opponent, and, unlike in sports, where ties are acceptable, martial arts are characterized by community rituals, spirituality, and aesthetics. 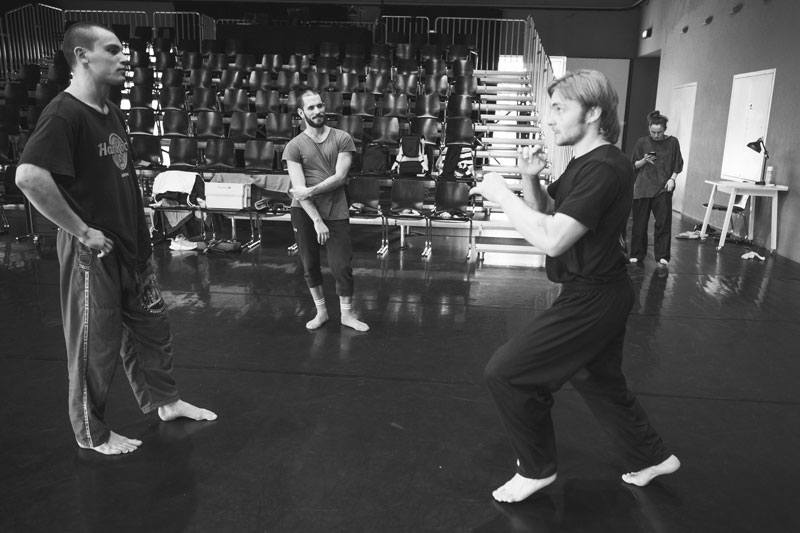 Where the Boys Are

Martial artists who compete against each other want to defeat their opponent – it is a struggle for superiority. Yotam Peled takes a different path: he lets his performers not only fight, but also pause, collapse, fail – until their vulnerability becomes visible. The clash of bodies becomes a play of forces to discover one’s own weaknesses and strengths in the opponent. Space is created for new ways of touching – playful, tender – that we rarely allow ourselves in everyday life. A conversation.