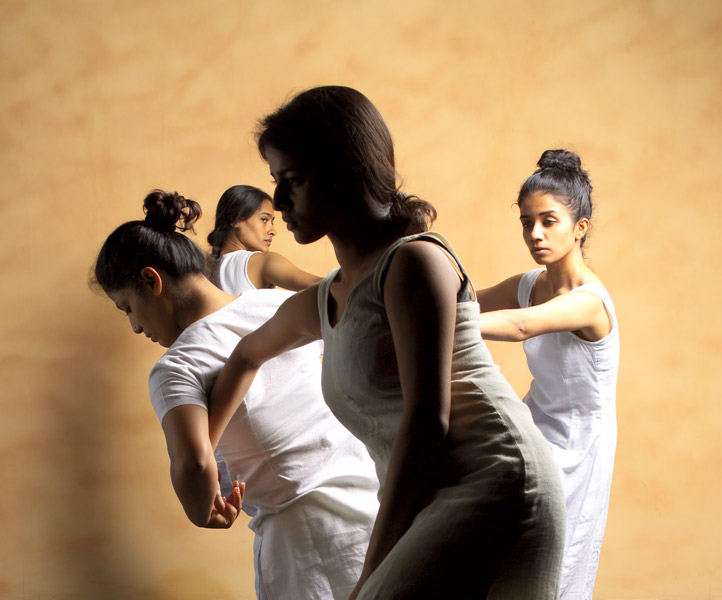 With its roots submerged in time, nothing is remoter to our Western sensibilities than Indian dance. What’s more, statues of naked female dancers at Karnataka’s temples attract those tourists who yearn to look at bayadères, those Hindu dancers that have been denigrated as prostitutes. In truth, Indian dance is undergoing a continuous reconstruction derived from innumerable fragments of a history spanning centuries. Choreographer Padmini Chettur has embraced this task with great sensitivity.

In Europe, the Indian choreographer Padmini Chettur is widely regarded as an enviably beautiful and inimitably intelligent personality. Her dance pieces evince a similar response: grandiose, because their seemingly simple beauty, charged with an intellectual underpinning has purified classical Indian dance Bharatanātyam, or as it was designated during the heyday of academic commentary about dance: Chettur has been deconstructing her motherland’s classical dances. 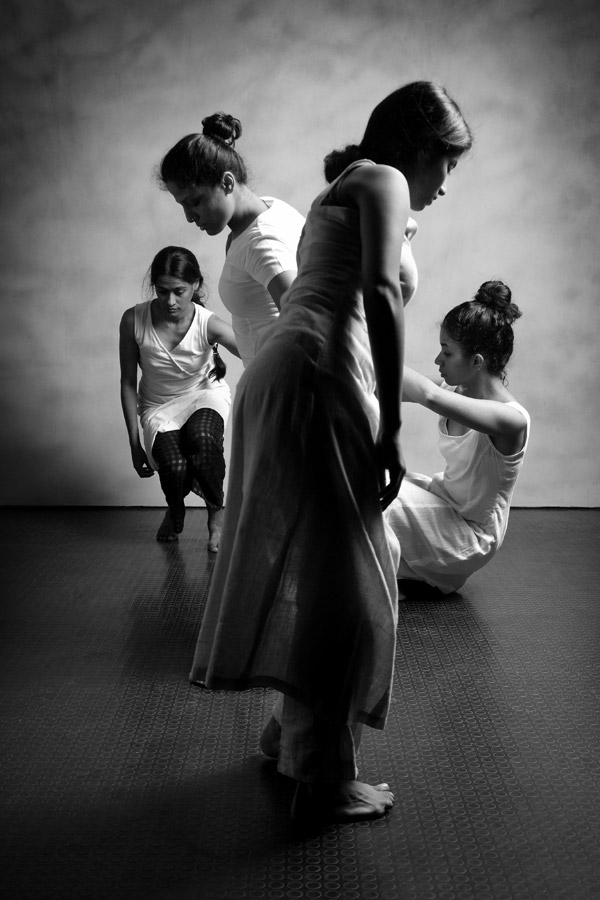 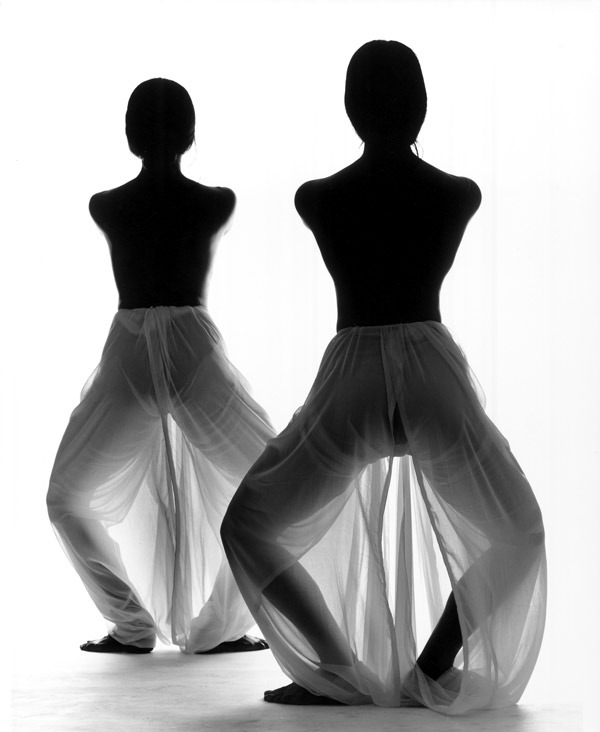 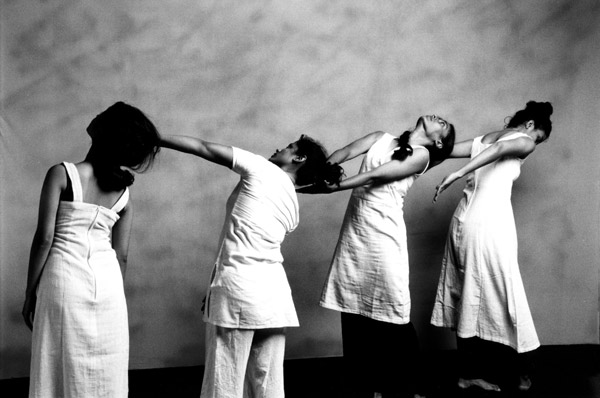 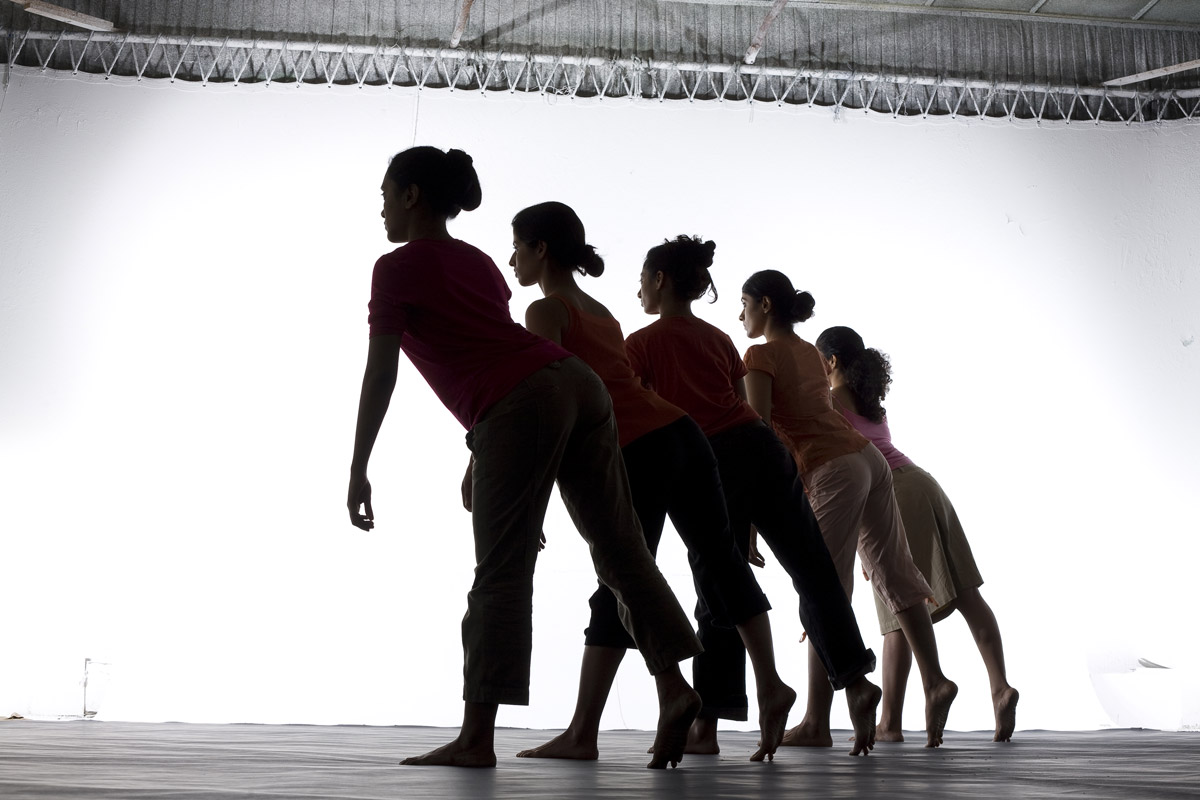 While such endeavors are often frowned upon in India, and even deemed heresy, Chettur exemplifies a tradition which above all else strives to safeguard India’s modernity. Conservative forces all-too-willingly accept Bollywood productions and other Indian dance styles considered classical so as to embellish wedding ceremonies and the like. Chettur’s modus operandi, however, ensures contemporaneity in Indian dance, in that as an archaeologist she does not want to forsake the origins of her dance art to any dogmatic approach. 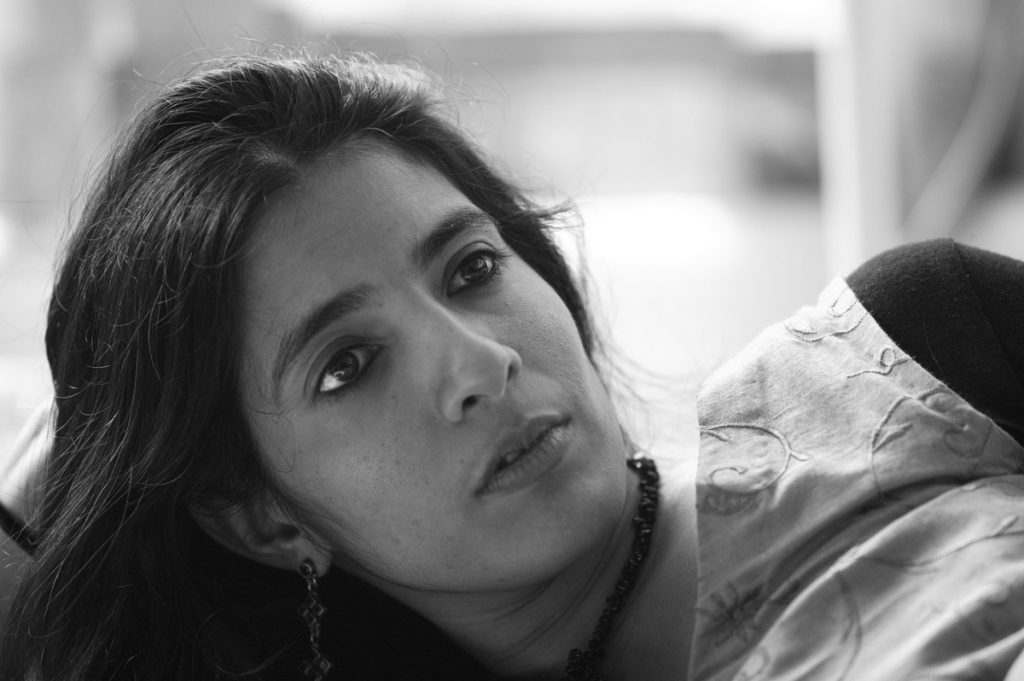 She lives in Chennai on the east coast of India, a city of eight million people founded as an agglomeration around Fort St. George (1639), the British colonial fortress, then a well-fortified and guarded warehouse for the British colonial merchandise trade. Today, the Fort houses the administrative buildings of the state of Tamil Nadu. A good ten kilometres south of this fortress, following the Bay of Bengal’s fine sandy beaches, is the SPACES dance centre, where Chettur works and enjoys the breathtaking sea vista. This dance studio was founded by her acclaimed teacher and grande dame of Indian modern dance Chandralekha, the champion of women’s and human rights who died in 2006. Brygida Ochaim has long been fascinated by Chettur and her archaeological approach to dance. With the utmost sensitivity, she, too, has dug into those living roots, layer upon layer. This history, as excavated by Ochaim, a Munich-based dancer, artist, researcher and curator, necessarily culminates in England. Because until 1947, London, as the seat of government for the British Empire, also happened to be the capitol of India. Yet, this history began way back in time, at a Buddhist school during the first century AD. 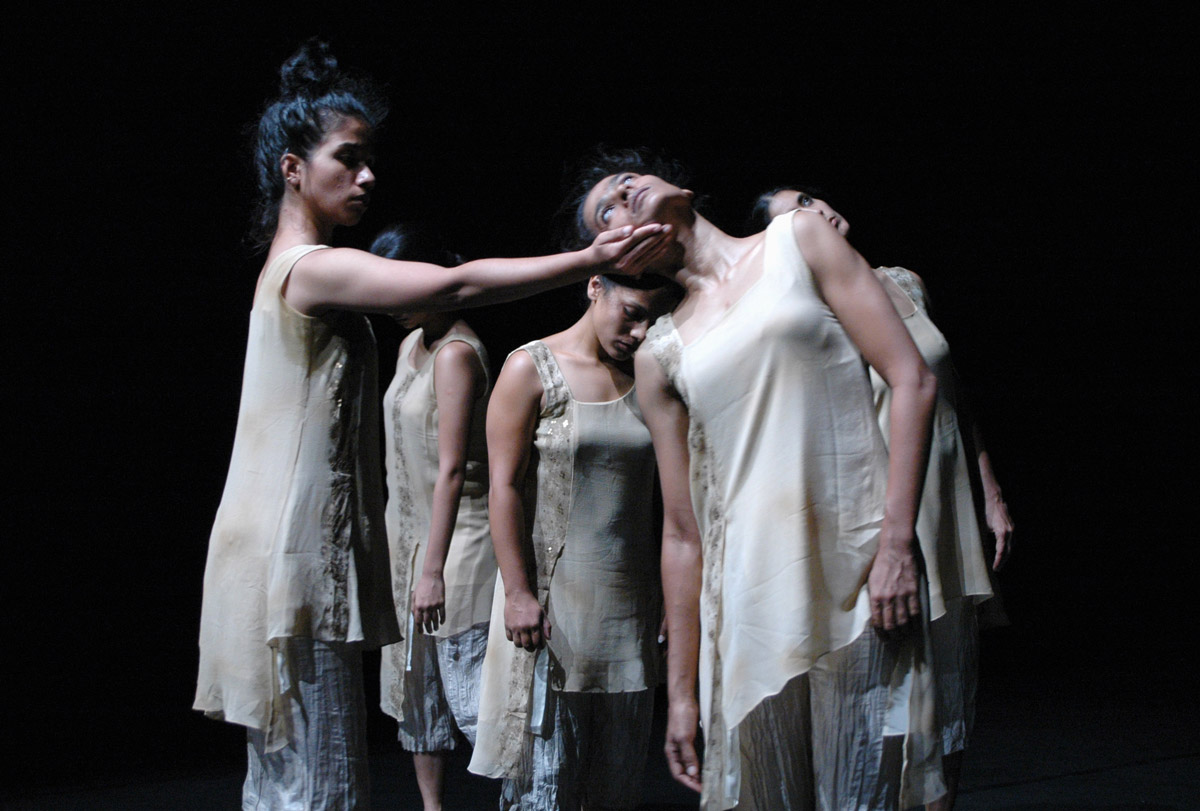 Listening to the Past

Can one evoke history without recounting it? You can, says Indian choreographer Padmini Chettur. As the ruins of the past may not tell anything, they are showing, like a human body, the traces of bygone violence. Such colonial harm affected India. Its traces are reaching from the noisy metropolis of Chennai up to the rolling hills of the southwestern English county of Devon.